DODGER BASEBALL!!  Famous words of Los Angeles Dodgers sports announcer, Vin Scully.  However, I don’t see my beloved Los Angeles Dodgers play during my Major League Baseball Spring Training excursions because they train in Arizona and I make my trek out to Florida every March.  However before their move to Arizona over ten years ago I had some great experiences at Holman Stadium at Dodgertown in Vero Beach, Florida.

It was March 12, 2020 and I was ready to fly late that night to Florida for another MLB Spring Training vacation.  However the NBA had just announced the day before they were shutting down and by the end of the baseball day on March 12th, MLB had also announced it too was shutting down.  Trip cancelled. (As was the case for most things for most people in 2020).

However, despite this being the first time I’ve missed a Spring Training in years, I was so happy to see it return this year. Fast forward a year to March 11, 2021 and I eagerly boarded a plane late that night to head to Florida for my sixteenth trip to MLB Spring Training.

My 2021 Spring Training trip was a ten-day trip (with three days in Tampa, four days in the Vero Beach/Port St. Lucie area, and three days back in Tampa).  Over the course of the trip, I watched a game every single day and visited eight different ballparks.  If you’ve followed my previous Spring Training excursions, you’d also know that I kind of “fly by the seat of my pants” on these trips.  Meaning, that I know the schedule and I have an itinerary of which parks I’m going to be going to and which games I want to attend, but I don’t actually buy tickets to these games in advance.  The same was the case for this trip but I was concerned about ticket availability and cost since MLB was limiting attendance to 20% capacity at each park. However I figured I would go to each park to see if I could get some tickets—and boy did I ever!

Here were a few of my trip highlights.

Clearwater has been the home of my other favorite MLB team, the Philadelphia Phillies, since 1947.  I had a map of the park and recall looking at the section numbers behind home plate.  For the 1pm afternoon day games, they start allowing people into the park around 11:30am, so I figured if I showed up early I may find someone selling some tickets.  Sure enough, I drove up and there was nobody around except for one person that was selling tickets.  I asked him what he had and he said, “I’ve got front row behind home plate.”  I asked him how much and he said, “$150.”  I told him, “Shoot.  I’ve only got $100 on me.  I guess I don’t have enough.”  I began to pull away and he said hold on and offered me the ticket for $100.  That was the result of some great negotiating skills of mine!

The next highlight came when I went to Lakeland to watch the Toronto Blue Jays play against the Detroit Tigers.  I was looking at the map of the park once again and I noted the sections near the on-deck circles (you know, the circles on the field where the next batter stands and warms up).  It allows you to get probably as close as you will ever get (especially right now) to the players.  As I was looking for tickets, I found someone who told me he had tickets behind home plate and I realized very quickly it was exactly where I had wanted to sit.  What a unique experience!

My next trip highlight came at Jet Blue Park in Fort Myers with the Boston Red Sox playing the Tampa Bay Rays.  The prices for tickets were very high online as Jet Blue Park also had restricted capacity at 20%.  In addition people were being forced to purchase tickets in sets of 2 or 4 seats.  However when people have to buy a set number of tickets, there’s always a chance that people may be looking to get rid of their unused tickets.  When I arrived at the park I wasn’t able to find anyone trying to sell extra tickets which was very unusual.  I went up to the ticket booth and, sure enough, they were requiring me to purchase 2 seats.  I had another idea!  I decided to head over to Will Call and see if there was anyone there that had an extra ticket.  I asked a guy that I saw standing at Will Call if he had an extra ticket.  He said that he had to buy four tickets, but it was just him and his wife going to the game.  He said that due to Covid he wanted distance between others so they had purchased four tickets.   I told him that I wouldn’t sit with them but that I would be happy to buy his ticket.  Surprisingly he just handed me the extra ticket and told me there was no charge.

When I got into the park, I saw where the gentleman and his wife were seated down the left field line so I walked around and found an empty row of four seats that was closer to home plate around third base above the Red Sox dugout.  Nobody ever came to claim those seats and nobody ever bothered me about sitting there.  And what a game—the Red Sox beat the Rays 11 to 7!

I don’t get very many free games and this was certainly one to remember!

Ask and You Shall Receive.

I was at the new Cool Today Park in Venice, Florida watching the Atlanta Braves play.  I remember telling myself while I was in the car prior to going in that “I want to get right above the Braves dugout.”  I walked up towards the park entrance just before the game was set to begin and I saw an older gentleman standing there holding up a ticket.  I walked up to him and he says, “Braves dugout seat!” (WHAT?? Are you kidding me?!).  I asked him how much and he said, “$40.”  So, $40 later I am sitting three rows above the Braves dugout and not even right next to the gentleman and his buddies.  I was in the fifth seat and they had the first three.  We could talk but had safe distance between ourselves.  It was such an experience, particularly because this was one of…

While my trip had a number of highlights, including that I had the opportunity to visit with my parents who are currently staying in their Vero Beach condo, one of the most unique highlights was that I watched not one but two games end with walk-off home runs!  This is where the home team is going into the bottom of the 9th and they need to score in order to win the game.  The first game was the Braves against the Rays, where I was seated above the dugout.  There was a 3-run home run to win the game.  The second game was in Jupiter, where the Marlins beat the Mets with a 2-run home run!  These are the exciting moments in baseball that I absolutely live for!

My trip to Florida for Spring Training this year brought me some comfort as I was able to partake in something that I love so dearly and that was lost due to the pandemic.  It gave me a sign of the return to some “normalcy”.  It also made me hope for the same positive experiences for our own clients and their loved ones.  As more and more people get vaccinated and things begin to open up, my hope is that you will find yourself easing back into the things you love and find joy in, but that you also do what you need to in order to remain safe and healthy.

Thank you for following along with me on my personal story of my baseball excursions.  For those that know me, I work hard and play hard.  I don’t go on vacation too often (especially in the past year), but when I do, I truly stay present and have the time of my life! 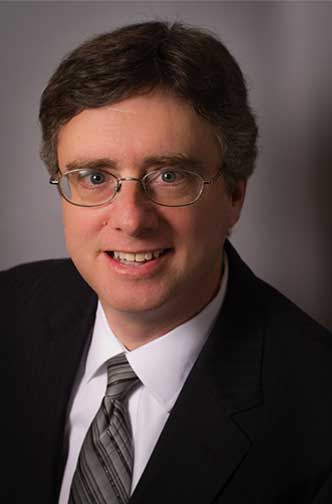 by Peter A. Keon
With a Masters in Tax Law, Peter has helped clients with estate planning, probate and trust law since 2003.
2 Comments
Wow! What an awesome experience you had! Thanks for sharing and I will share with my baseball fans!
by BARBARA GARCIA April 19, 2021 at 03:29 PM
It was so amazing to sense your true love of baseball and excitement in participating in the games
by Myra Feffer April 3, 2021 at 01:15 AM
Post a Comment
Register And Attend An In Person Seminar And Receive A Special Fee Discount Click Here