Are You Overpaying For Prescription Drugs? 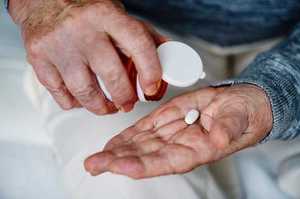 I’ll begin with a short but poignant story.  Recently, I took over all my Mom’s affairs.  At age 93, she is blessed with remarkably good health, but now her dementia has advanced to the stage where she is unable to manage her own affairs.  Like it or not, statistics predict that most of us will someday face a “twilight period” like this when we can no longer adequately take care of ourselves (which is a major issue we address in a well-drafted estate plan).

One of the smaller but important tasks I had to take over for Mom was filling her prescriptions.  At first, the cost of her medications didn’t seem to be a big issue.  She’d been covered by a private health insurance plan for years, and once she reached the age of 65, entered Medicare “Part D” drug coverage.  Plus, Mom didn’t take many drugs, only a couple of them she just got to help slow down her memory loss.

However, I soon realized the cost of Mom’s two memory drugs would be over a thousand dollars a month!  Not mere “couch change” and a considerable drain on her resources at a time Mom was beginning to incur substantial bills for assisted living, which G-d willing, might go on for many years given her good physical health.  I thought Medicare “Part D” would cover most or all of her drug costs – – but I was wrong, way wrong!

I found out to my surprise that Mom, in reality, was not covered by “Part D”.  I learned that many seniors unwittingly lose Part D prescription coverage.  Here’s how it happened to Mom.  She was enrolled in a Medicine Supplement plan for years, which automatically included her in Part D.  However, that plan was acquired by another company and in the voluminous and complicated literature sent to its plan members when it was acquired, it indicated that members would now have to directly contact Medicare and enroll in Part D.  Mom never did.  Worse yet, when I tried to enroll Mom in Part D, I was informed that Mom would first have to pay a huge penalty for not having been enrolled during the past 9 years and not having paid all those years’ premiums! It appeared she might get stuck with the full costs of the prescriptions, which were less than the penalty! (Even if you’re thinking this story doesn’t apply to you because you’re not already on Medicare, or you are and have Part D, consider this – – the prescription deductible under your health plan or Part D may still be a big amount which you’re responsible to pay!) So stay with me!

Back to Mom’s dilemma.  I had to look for a solution, some way to significantly reduce the cost of my Mom’s much-needed memory drugs.

Here’s What My Research Revealed

I began by consulting AARP (aarp.com). I found out that they have a discount drug program available to their members for $16 a year.  That sounded reasonable.  But when I called the plan, I learned the costs for Mom’s prescriptions were still pretty high.  They recommended I check out some non-AARP member drug discount plans and one they mentioned was Blink Health (blinkhealth.com)

When I went to the website, I was amazed to find that Blink Health required no premium and had no deductibles.  Instead, when I input the prescription drugs’ names, size of the pill, quantity and daily usage, they immediately gave me the names of pharmacies in my local area and their prices.  Super-fast and easy!

Then I started to compare prices and, boy, were my eyes opened!  Albertson’s and Wal-Mart’s costs (which you would think are rock bottom) amounted to over $500 total for Mom’s two drugs- – after their discount!  But Blink Health also listed a few smaller, local pharmacies that offered the same drugs for less than $200 total (over 60% less)!  I never realized there was such a disparity in drug prices!  By the way, the pharmacy I wound up using was Sunny Bay Pharmacy in Torrance (you may want to check them out).

The process to fill the prescriptions through Blink Health was also fast and easy.  I paid for them online.  I had a choice of pickup or delivery.  I received an email confirmation which I forwarded to the pharmacy, along with the doctor’s prescriptions, then I went there and they were ready for pickup on my way to visit Mom.  Money and time saved!

The Moral of the Story

There are a number of alternatives now available to help reduce the cost of your prescription drugs, which you should check out.  (Another discount service I’ve heard is good is goodrx.com)  Keep in mind that, even if you’re currently covered by an employer or private health insurance plan or even Medicare Part D, these discount plans may offer prices that are less than the cost of your deductibles.  After all, “a dollar saved is a dollar earned” (as my Mom likes to remind me!)