The public battle — always emotional and sometimes bizarre — began in October 2013 when daughters Julie and Kerri led a protest outside of Kasem’s Los Angeles mansion, holding signs demanding that their stepmom let them see their ailing father.

With celebrity life comes a lot of media attention, and with that attention comes the increased risk of the celebrity’s issues being showcased for all to see. Such is the case of the recent passing of radio and television personality Casey Kasem. A recent CNN article, titled “Casey Kasem’s family feud: Judge allows water, food infusions stopped,“ provides all of the sordid details of a family feud that ensued during his final days. This vicious and very public battle started in October 2013 when Kasem’s daughters Julie and Kerri led a protest outside his LA mansion holding signs demanding that their stepmom let them see their ailing father.

Kasem divorced his first wife when his daughters and son were young, then married an actress in 1980. The couple have a daughter together, Liberty Kasem, a 24-year-old aspiring singer. Casey Kasem retired in 2009-two years after a doctor diagnosed him with Parkinson’s disease, a diagnosis that was later changed to Lewy body dementia which has no cure.

After Kasem was told he had Parkinson’s in 2007, he signed a document giving his oldest children authority to make his medical decisions if he should become unable to do so himself. The power of attorney statement signed by Kasem included a declaration that he did not want to be kept alive with “any form of life sustaining procedures, including nutrition and hydration” if it “would result in a mere biological existence, devoid of cognitive function, with no reasonable hope of normal functioning.”

This document, that cut Kasem’s second wife out of the process, was the underpinning for the recent legal battle as his health deteriorated and his children accused the stepmother of shutting them out of their father’s life. It served as the legal basis for his daughter to have doctors discontinue infusions of water, food and medicine.

Numerous court appearances by Kasem’s daughter and second wife, on a weekly and sometimes daily basis, were battles over the direction and control of his medical care. These battles demonstrated how emotional and bizarre a fight can get when end-of-life decisions are not properly documented and discussed with all members of the family.

Hopefully, we will never see a better (or worse) example of having the proper documents in order and the entire family on the same page. Contact your estate planning attorney today and make sure that you do not have this type of colossal feud because you did not plan and communicate. 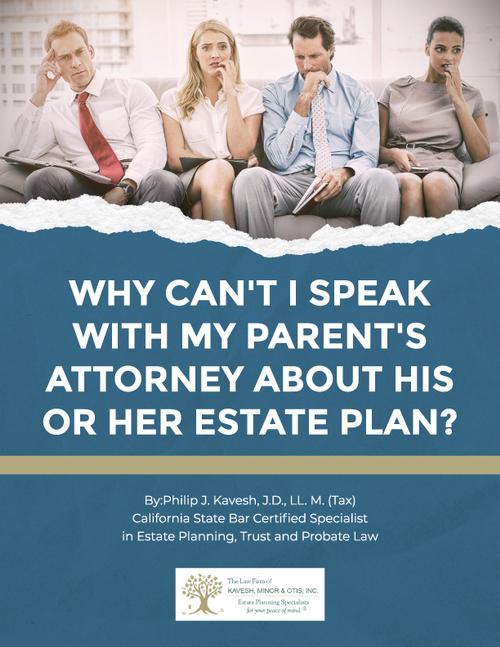