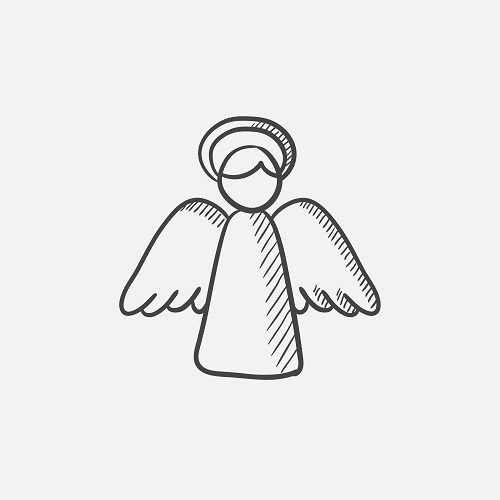 Sometimes, on the path of life, we are fortunate enough to meet someone who shows us the right way forward. Often times, we don’t recognize that divinely ordained "guardian angel" when he or she appears, or we fail to follow his or her wise direction. Then again, there are guardian angels whom, in retrospect at least, we clearly identify and realize how they did change our life for the better.

Last month, on October 17th, our law firm of Kavesh, Minor & Otis celebrated a great milestone, its 41st Birthday! As I was reflecting on the many people, inside and outside of the firm, who made this incredible achievement possible, I suddenly learned that two of my guardian angels, Jerry and his wife Pat, had recently passed.

How I Came to Meet Jerry

Early in my career, I was working for a large Newport Beach law firm. I was a tax lawyer and still a relative “newbie” in estate planning, so I decided to speed up my knowledge by attending the local Estate Planning Council meetings of fellow professionals. There, I chanced upon an older, experienced life insurance agent named Ron, and we both immediately took a liking to each other.

Ron had a striking countenance - - curly, shiny black hair, sparkly light blue eyes, pearly white smile and an unusual radiance about his face. He had an infectious positive personality and generously volunteered to “show me the ropes” of the tax, estate and financial planning business. (I see now that he was a guardian angel, too!)

Then, one day, Ron unexpectedly sent me one of his favorite clients, Jerry.

Jerry Was Quite a Character, Too!

When I first met Jerry in 1980, he looked to me like the “Marlboro Man” in the commercials - - tall with a striking, chiseled face and cowboy physique (accented by his plaid, flannel shirt and big work boots). He would be proud to hear me compare him to the Marlboro Man, because he fancied himself a self-made, self-reliant maverick, a gentleman cowboy living on the frontier. (I remember visiting him for the first time at his house, on a sprawling ranch in Temecula, and remarking when I arrived, “Wow, this place is in the middle of nowhere”, to which he responded, “Yep, that’s how I like it!”, as he proudly proceeded to take me on a private tour of his spread).

Jerry owned and ran an electrical contracting company, which he had built on his own sweat, effort and “street smarts”. His business had grown to the point he needed some tax planning and, with a wife and several kids, required an estate plan too. Just like with Ron, we hit it off right away and I began servicing many of his business and personal legal matters.

Jerry showed up at my office, unannounced. He slammed the door shut behind him, which wasn’t usual for him.  He immediately sat down and, leaning forward over my desk toward me for emphasis, demanded to know, “Why are you working here?” I was a bit shocked and taken aback!

But before I could answer, he exclaimed emphatically, “You should get out of here and set up your own law firm!” To which I answered, meekly, “But who will I have for clients?” “I will be your first client,” he said with a tone that was part strong conviction, part imperative command!

And so, I did take a leap of faith, and set up my own firm, thanks to Jerry. But, I had no idea what I was in for. I had a Master’s Degree in Tax Law (“LL.M.”) and other impressive letters behind my name too, but a not-so-funny thing happened (or I should say failed to happen). My phone didn’t ring off the hook. Clients weren’t beating a path to my door. I had to bear all the new, out-of-pocket expenses of an office and a part-time secretary, with little revenue coming in. I didn’t know what to do. I began living off my credit cards to pay my bills. That’s when, fortunately, Jerry proved to be even more determined than me to make sure that I was a successful fellow entrepreneur.

Jerry would periodically “pop in” my office, checking on how I was doing. He always seemed to know exactly when to stop by and imbue me with some positive energy when I most needed it. Often times, Jerry would sit down and start talking about his business, but mostly we just shot the breeze about his many interests and thoughts and observations about life (and before he left he demanded that I send him a bill, whose payment invariably kept me going!).

Those meetings with Jerry were golden. I loved them. Jerry had a burning desire and insatiable thirst for knowledge about so many things. And Jerry had the “gift of gab” (with his fast paced, staccato, Minnesotan manner of speaking!). Sometimes, we would talk about tax and estate planning. He’d bring in articles he had read and torn out from his monthly Boardroom “Insider Tips” newsletter. But most of the time, we had deep discussions about every imaginable topic from history and politics to religion to hobbies (restoring old classic cars being his favorite). Jerry was a “clear thinker” who cut through what he considered "B.S." while also remaining open to my thoughts and views which differed from his (I might not have changed his mind very often, but we always “respectfully disagreed” without being disagreeable and we always closed our meetings on a positive note.)

Ron and a few other insurance agents referred me some clients, but that wasn’t enough to keep my office door open. It was clear to both me and Jerry that I needed to do more.

One day, Jerry brought in a full page newspaper ad that he had seen about a special one-day event at a stadium in Anaheim. The program featured a marquee lineup of motivational speakers (as I recall, led by Zig Ziglar, Robert Schuller and Tom Hopkins). “You gotta check this out!” Jerry proclaimed. And, acknowledging his order, of course I did.

I believe Jerry thought these renowned motivational speakers would “light a fire” under me. And guess what? He was right, they did! But, what I got out of that day was much, much more profound than mere excitement and motivation.

As I was on my way to the event, I thought it odd that, despite all the famous speakers, it was free of charge. I quickly found out why. Each pitched some books, audio tapes, or videos at the back of the room. And thousands of people literally stampeded back there after every talk (including me!). As I continued to watch the event unfold, I came to the realization, however naive at the time, “I can do that too!” I thought, why not hold free seminars on estate planning, advertise them in the papers, then at the end of each presentation sign up people for appointments in the back of the room?”

Well, by no means were my first seminars easy or successful. I didn’t “sign up” anyone. But I kept evaluating, learning and improving at each seminar. And now, having presented over 2,000 seminars since 1982, I have been blessed to build one of the largest and most successful estate planning law firms in Southern California. And, as a result, I’ve passed on what I learned to many other estate planning attorneys from across the nation, whom I’ve trained over the past 31 years.

The Measure of a Man (or Woman)

The true measure of a person is his or her contribution to a better world. Jerry (and his sweet, gracious and always cheerful and supportive wife, Pat) raised a great family, which alone would have been a great legacy. Beyond that, Jerry affected tens of thousands of other lives, his company having wired many of the high-rise buildings from South Coast Plaza, along MacArthur Boulevard to Fashion Island. And, as divine intervention would have it, Jerry wound up also touching and enriching my life, as well as the lives of tens of thousands of clients of my law firm and tens of thousands more clients of the attorney colleagues whom I have trained.

For all this and more, thank you so very, very much, Jerry and Pat.