Summertime and The Living Was Easy

It was June of 1964, a wonderful time in rural South Jersey. (Or, at least, that’s the way my selective or “embellished” memory recalls it now.)

I was riding high, just having served as 6th grade class and elementary school president (a largely ceremonial position, forcing me to lead flag salutes and kick off the annual school party by dancing with a girl, yuk!).  Maybe I was riding (or shall I stay standing) a little too high, as I was already 6 foot tall at the age of 12 and the top of my head was cut off my class photo!

That summer of ’64 was a unique age of innocence and optimism. The terrible tragedy of our young, handsome, charismatic President’s assassination the previous November was replaced by the insanely euphoric arrival of the Beatles to America (yeh, yeh, yeh!).

The Boys in the Hood

I was fortunate to be surrounded with a lot of neighborhood boys about the same age. And we found lots of “stuff” to do every day of summer school break (of course, when my parents asked “What did you do today?”, I just replied “stuff” and that was good enough). The fact is, we didn’t really get into too much mischief (that started about the next year, when we became teenagers!).

We boys in the hood had a daily routine. We’d play baseball in an empty lot nearby or go to play basketball at a kid’s house that had a rim and backboard attached to the garage or a pole in the concrete driveway.  But by mid-day it just got way too hot and humid to play outdoors. So after a lunch break back at each of our homes, we met up again in one of the kids’ basements (about the coolest place around, since air conditioning was a rare luxury then). We threw darts (not at each other), shot pool and played cards (not for money, yet).

Of course, there were occasional trips to the candy store, custard stand, or movies, so we needed a little jingle in our pockets. Necessity was the mother of … entrepreneurism! We came up with all kinds of clever ways to make money, not merely lemonade stands, but complete, home-grown, back-yard “fairs”, with all kinds of games that the other kids (and their parents) could play for a penny or two each (which bought a lot of candy then.) We created makeshift booths for everything from a bottle-ring toss to games of chance. But the item of “renown” for our neighborhood’s fair was our haunted house ride. We dressed up one of our garages with spooky items like hanging cobwebs of string, black drapes and headless dolls spattered in blood red model paint, and made the place almost completely dark except for a few strategically placed blinking lights or flashlights. We would pull around 4 to 6 kids at a time in a wagon while playing back shrieks and other scary sounds we made on a tape recorder. We were delighted by the kids’ screams and soon thereafter their pleas to their parents, “Can we do it again?” Let me tell you, this was a big time money maker at a nickel a ride! 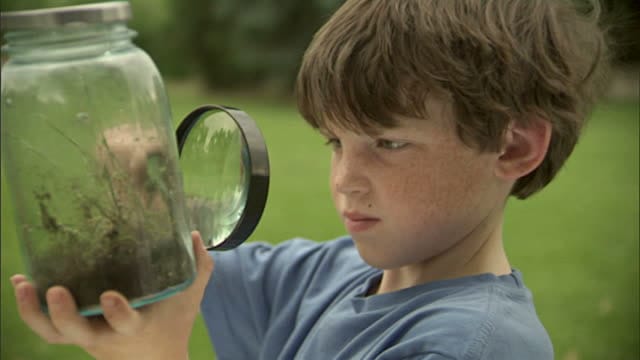 After such exhausting days of activity, we didn’t go out and do too much after dark (that’s when the dreaded swarms of mosquitos came out!). Maybe we chased lightening bugs, trying to capture enough in a glass jar to bring home a lantern. Sometimes the Good Humor truck came by and we had an impromptu neighborhood ice cream social. I mainly remember, that summer, staying awake late at night, listening to Phillies baseball games on my new gadget, a transistor radio, hidden under my covers (sometimes till after midnight when they played on the West Coast!). The Phillies had been a terrible team for many years but this summer of ’64 they were leading the National League (and Jim Bunning even pitched a perfect game on Father’s Day!). It looked for sure like they were headed to the World Series and my Dad and I were going too (because we already had the tickets in hand) – – until their collapse with only 12 games left!  I was so bitterly disappointed that I swore I’d never root for the Phillies again!

Venturing Out of the Hood

Of course, we boys did get bored after getting together and doing the same things day after day.

I remember sometimes, instead, going on a long bike ride, just me with my loyal and trusty dog, George! I’d pedal feverishly my gold colored “Flyer” with George running free by my side (no leash laws then), with his tongue (and slobber) flapping in the breeze. We usually went to the local YMCA (which, thankfully did have air conditioning), where I could play basketball or swim. George would enjoy the Y too, dutifully sitting or lying by my bike, in the shade, as every kid coming in and out stopped to pet him! 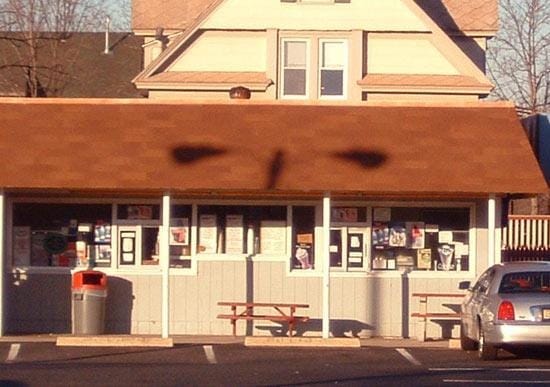 The occasional, really long bike ride of maybe 2-3 miles came on the hottest nights, when a few of us hoods bravely traveled all the way acroos town to the drive-in Verona Custard Stand.  The fresh, right off the farm custard always made the trip well worth it!  The sky didn’t get completely black until about 9:00pm, and our parents never seemed to mind where we were, so long as we came home before dark!  (Can you imagine that today?  Parents could go to jail for child “endangerment”!)

The other times I relished getting away from the hood were when my Grandpa (I called him “Pop-pop”) took me and my siblings on outings. He would drive his car, seemingly aimlessly throughout the countryside, clapping to a song on the radio with neither hand on the wheel, until we found a river or small pond and then we’d stop and take the fishing equipment out of the trunk and catch a few. Or he’d take us to the circus (which always came and pitched its tents each summer in one of the wide open fields nearby, while its elephants just wandered around!). Or he took us to the movies (invariably a Disney feature), where he’d fall asleep as soon as the lights went down and awoke just as the movie ended, immediately proclaiming “Wasn’t that a great show!” And Pop-Pop sometimes took us to his favorite hideaway, Hershey’s Pool, a small private “beach” club somewhere seemingly in the middle of the forest, where we not only cooled off in the water but always enjoyed our (and his) favorite treat, homemade “snow” comes!

A Break for (and from) the Parents

Of course, the daily grind of watching out for the kids, feeding them lunch, and taking them on activities got too much for most parents or grandparents. Thankfully for them (and us kids too) there were about 4 weeks each summer that most us kids in the hood went to Day Camp. 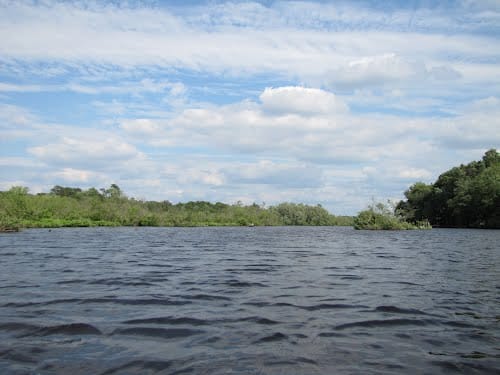 It was at a spot called Rainbow Lake, actually a really big water hole, where we sometimes caught the ugliest catfish imaginable (what disgusting fun!). I don’t think the parents ever really knew what went on there- – nothing bad, merely a “free for all” where a few teenage counselors tried to herd and control over a hundred wild kids running and chasing each other all over the place! Frankly, I don’t recall much of anything that we did once we got to the lake other than jumping into it, but I do remember that the best part was the 30 to 45 minute bus ride getting there.

The camp attendees came from a wide geographical area, so we needed 2 large school buses. In order to keep the kids under semi-control during the long ride, one of the counselors on each bus led the children in song. And the particular song I most remember was a very meaningful one. You see, there was one, isolated 2 lane country road that we traversed during the last mile before the lake. And the two bus drivers seemed to time it perfectly so they both arrived at this road about the same moment. They then engaged in what I can best describe as a chariot race, with one bus passing the other back and forth several times regardless of oncoming traffic- – while the kids on each bus spit-balled each other or stuck their “moons” out the window! (Talk about child endangerment!). While all this went on, the kids on our bus sang loudly, over and over:

“Testa’s bus is best of all,

mommy, mommy! Testa’s bus is best of all babe, babe.

Testa’s bus is best of all ’cause

Kasha’s bus can only crawl,

But the best thing about summer camp was the last day, because we always had a watermelon eating contest! It would start out mildly sedate, with everyone enjoying the great local produce, then would devolve into a seed- spitting contest (at each other) and inevitably wound up with everyone rubbing watermelon rinds into each other’s faces , hair, and clothes. What a delightful mess! After the first time I came home covered in pink juice, my mother got wise and had me wear my worst clothes to the last day of camp the following year!

The End of innocence?

Eventually, summer camp and summer school vacation had to come to an end. For me, this particular summer at age 12 stands out as sort of an “end of innocence”. The coming school year I began junior high and, all of a sudden my easy, happy go lightly life became really serious with all the homework, studying and competing for class rank against a lot of other smart kids coming from different elementary schools. And the following summers became my introduction into what the “real” world was to be like after school, as I held one job after another – – from aluminum siding stock boy, to carpenter’s helper, house painter, door to door Hoover salesman (for 1 day!), pizza delivery boy, McDonalds manager, bank teller, and glass factory inspector- packer, to Good Humor man (my turn to contribute to other kids’ innocent summers).

Ok. I know you’re wondering where I’m getting to with all this. Here’s my point.

Participate in your children’s and grandchildren’s (or other young persons’) lives while they’re still in their innocent, wonder years. Take them to the park, go fishing, play ball with them, or even see a movie together, or ride bikes. Or, like I recently did with my young grandchildren, take them for the first time boogie boarding at the beach- – and experience the pure joy on their faces.

Hopefully, you’ll also recall some of those precious summer moments of your own and share them with your loved ones. That’s the “stuff” we can never adequately pass down in your estate plan documents!